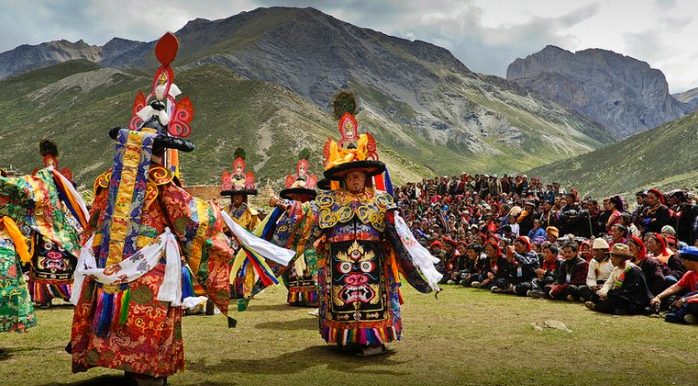 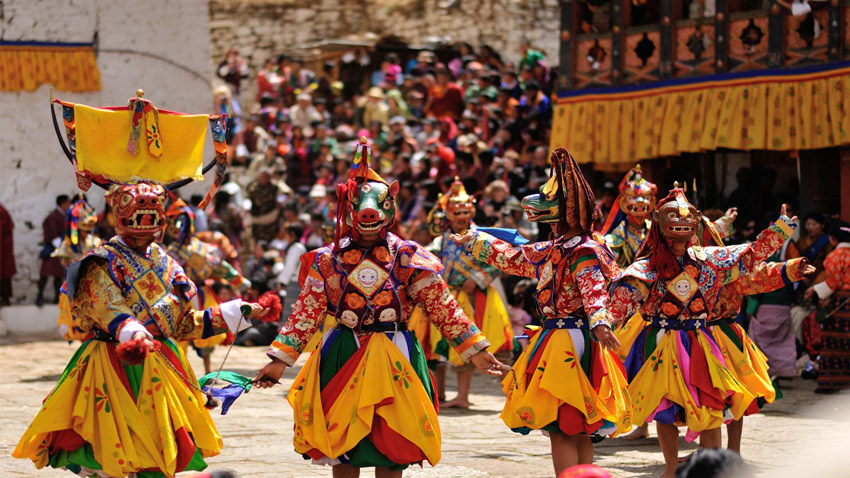 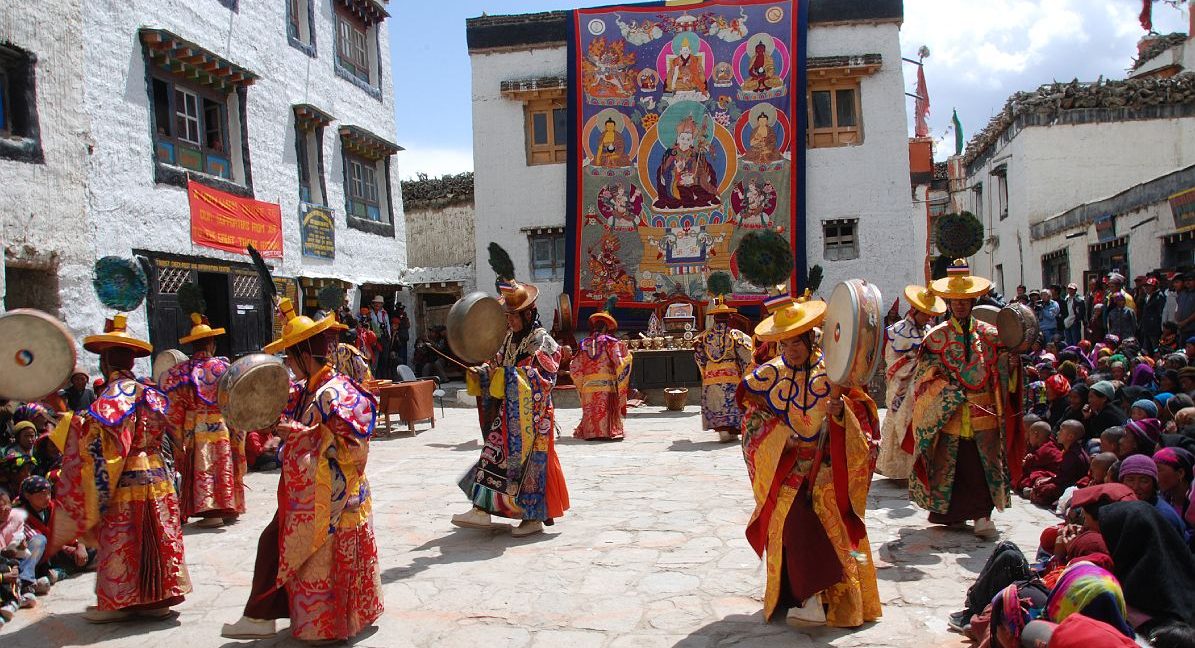 Firstly, Mustang Tiji Festival is a fascinating annual three-day festival. Secondly, it consists of Tibetan rituals that celebrate the myth of a son who had to save the Mustang kingdom from destruction. Next, the festival is indigenous to Lo-Manthang, Upper Mustang. Above all, Tiji Festival is a purification ritual that occurs at the beginning of every harvest season. The history of the Tiji Festival goes many centuries back but is embellished by myths and legends rather than recorded facts.

The word Tiji originates from the word “Ten Che.” It means “hope of Buddhism prevailing in the world for peace” and celebrates the triumph of God over the demon. Moreover, the three days ritual is marked by various dancing ceremonies to chase the devil away. It stands on the mythological story of Lo Manthang.

The Upper Mustang trek brings you into the hidden world of the old Buddhist kingdom of Mustang, also called Lo. Lo used to be part of the Tibetan empire and is closely tied to Tibet in culture, language and geography.

On the 1st day of the Mustang Tiji Festival

The monks perform a dance called ‘Tsa Chaam.’ This tells the story of the birth of ‘Dorji Sonam’- a reincarnated Buddha to a demon. Moreover, this demon harassed the kingdom of Mustang and brought havoc to the country. You can witness the monks enacting the harassment of the said demon on the people of Mustang.

The monks perform ‘NgaCham.’ During this performance, Dorjee Sonam tries to return the demon to the Buddha realm.

On the 3rd and final day

On this day of the festival, the ‘Rha Chham’ dance takes place. In this ceremony, Dorjee Sonam triumphs over the evil demon and banishes him from Mustang. The monk who plays the role of Dorjee Sonam does this by throwing an effigy. This effigy from Tsampa (barley) represents the demon ‘Ma Tam Ru Ta.’ This defeat brings peace and prosperity to the land of Mustang. Every year Tiji festival takes place in the hope of spreading peace throughout the world. 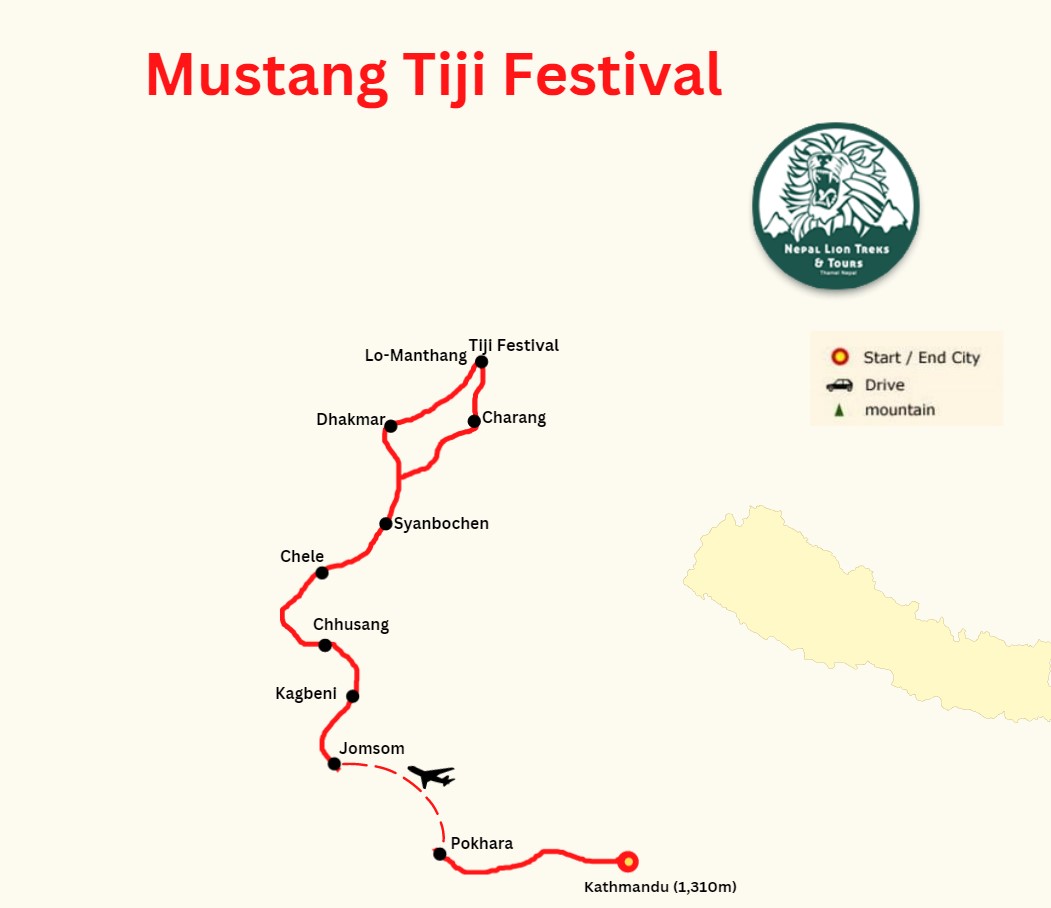 Arrive in Kathmandu, and you will be received by our company representative and transferred to the selected hotel. Welcome evening dinner is held in the hotel for all clients arriving today. A short brief about your trip is held. Stay overnight in the hotel.

On the second day, we will have sightseeing in Kathmandu valley. Kathmandu is the capital city of Nepal and is known as the city of temples. We will visit famous sites like Pashupatinath temple, Swayambhunath stupa, Boudhanath stupa, Kathmandu durbar square, Thamel, and neighboring districts’ favorite places, Patan Durbar square, Bhaktapur Durbar Square, and Changunarayan temple. Most of these sites are listed as UNESCO world heritage sites.

After finishing our tour in Kathmandu, we will drive to Pokhara on the third day. Pokhara is known as the city of lakes. This city is the most beautiful city in Nepal and the most sought tourist destination. There are plenty of things to do in Pokhara. You will visit famous lakes like Phewa Lake, Begnas Lake, a renowned cave, and one of the favorite waterfalls. We will be spending our night in a beautiful hotel.

In the morning, we will take an early flight to Jomsom, offering remarkable views of the Mountains. From here onwards, it is very windy in the afternoon. The path is relatively barren with rocks and sand, and the track is mostly flat. This trial will offer a picturesque view of peaks like Dhaulagiri, Nilgiri, Tukuche Peak, and Dhampus. After hours of ups and downs, our path will reach Kagbeni. Kagbeni delivers a stunning view of channels, mountains, and green land. We will spend our night in a hotel.

From Kagbeni, our trek will start in Ghami. We will have a 3-4 drive. Ghami is located at the height of 3560m. In Ghami we will see while buildings and houses. Most of the part of this site is barren.

On the 6th day, we will be driving to Lomanthang to celebrate the most auspicious festival of this site which is the Tiji festival. Chanting of hymns, Masked dance, and man more.

There is still a lot to come on the second Day of the Tiji festival.

The true essence of this trip is the Tiji Festival. So you may not want to miss it.

The morning begins with Prayers to Vajrakila by monks in the monastery. Next, Two offers ritualistic nectar, the dance of monks wearing masks depicting animals and ending with a raucous procession.

You are lucky to attend this Tiji Festival, and the rituals might have purified your mind and body.

On this day, we will be driving to the holy and pilgrimage site – Muktinath. Muktinath is a famous and sacred place that people from different parts of the country visit the temple of Muktinath. We will see that temple and also the nearby Buddhist monastery.

After we tour these famous places, we will drive back to Pokhara. We will spend our night in a beautiful hotel or perhaps enjoy the night walk around the lakeside.

We will have an early morning drive to Kathmandu. We will spend our night in our hotel and have a delicious dinner and farewell program.

After having your morning breakfast, you will be driven to the airport 3 hour before the actual flight.

~ Mustang was called the “Forbidden Kingdom,” until it allowed westerners in 1992.

~ Tiji festival takes place in the restricted land of Lomanthang.

Upper Mustang Being a restricted area consists of two permits they are ACAP(Annapurna Conservation Area Project) and RAP(Restricted Area Permit). While trekking this region you won’t be needing a TIMS( Trekking Information Management System) as the RAP you will be getting does the job of TIMS on getting your information.

ACAP comes with a cost of 20 USD per person. Once paid you can enjoy your time here for as much as you want.

RAP comes with a cost of 500 USD per person for 10 days. Exceeding the 10-day limit you will be needing to pay an extra 50 USD per day.

Tiji when translated to English means prayer for World peace. A grand Tibetian Buddhist festival celebrated by tons of people in the city of Lo-Manthang. An indigenous festival that carries a great importance for the people of that region.

Tiji festival is known to have been started well over 300 years as a celebration of the victory of good over evil. Deity like Dorhe Jono is one of the popular ones in Buddhism, he defeated evil forces to being peace and prosperity to this region.

Each year, during May, many monks from the Chhode monastery carry out a ritual in the name of the same deity. As a respect for his legacy and the peace he brought.

The festival lasts up to 3 days and consists of prayer, chants, and dances. These dances also enact the fight between the deity and the evil.

On the last day of this festival, the performers disguise themselves as demons and gods using various masks and horns which is there called”Dhungchen”

How is the Tiji festival celebrated?

The Tiji festival happens between the months of April and May. This festival is done under the consideration of the Tibetian Lunar Calendar. A three days celebrations in the city of Lo-Manthang, each year thousands come here to view this masterpiece.

These three days of celebration are considered the victory of good over evil. Consisting of prayers, chants, and dances which are performed by monks of the Chhode monastery wearing various masks and dresses.

Why is the Tiji festival celebrated?

Tiji is one of the unique festivals that exist in the Upper Mustang region of Nepal. This festival is indigenous and carries great significance for the people of this area.

An annual festival that falls in the month of April and May, brings a lot to the table. The main reason for celebrating this festival is to celebrate the myth of a son who saved this Mustang Kingdom from destruction and evilness around 300 years ago.

Weather in Mustang during the Tiji Festival

The Tiji festival is annually held around the months of April and May. Which is considered spring in Nepal. These months of the year are considered the best for trekking the Upper Mustang region of Nepal.

April and May are quite windy months in this region. With extreme winds coming up sometimes, trekkers are recommended to carry windproof jackets and sunglass to be protected from dust.

Around these months during the festival, with an average temperature of 18 -20 degrees during the day, and also drops to negative degrees at the night. Trekkers get to enjoy great views around this time.