HOW IS THE CLIMATE IN NEPAL?

In the north, summers are cool and winters severe, while in the south summers are tropical and winters are mild. Nepal has five seasons: spring, summer, monsoon, autumn, and winter. Spring lasts from March to May and is warm with rain showers, and temperatures around 22°C.

Summer, from June to August, is the monsoon season when the hills turn lush and green. Temperatures can get quite warm, up to 30°C and more during heat waves. During this season, trekking in most of Nepal is difficult and uncomfortable, the trails are very muddy.

QUICK FACTS ON CLIMATE IN NEPAL FOR TREKKING

b) Low Season: June to August

d) The Fall months of September to November is one of the best times to visit Nepal, for people who wish to visit        Kathmandu, and for those who want to trek.

e) Spring in Kathmandu can be dry and dusty. But, in the mountains, flowers have started to bloom, so it is a beautiful time to go trekking.

Autumn, from September to November, is cool with clear skies and is the most popular season for trekking. Temperatures are not too warm, with daily maxima about 25°C and cool nights with minima of 10°C, it usually does not rain for more than one or two days during the entire autumn and the winter season. In winter, from December to February, it is cold at night with temperatures sometimes below zero. However, the maximum temperatures can still reach up to 20°C. Then the mountains are covered with snow including some high hills.

For more information about Nepal’s climatic conditions, you can visit the official website of the Department of Hydrology & Meteorology, Ministry of Environment, and know the climate and weather conditions.

Good to know is that on average temperatures drop 6°C for every 1,000 m you gain in altitude.

The Himalayas act as a barrier to the cold winds blowing from Central Asia in winter and forms the northern boundary of the monsoon wind patterns. Eighty percent of all the rain in Nepal is received during the monsoon (June-September). Winter rains are more pronounced in the western hills. The average annual rainfall is 1,600 mm, but it varies by eco-climatic zones, such as 3,345 mm in Pokhara and below 300 mm in Mustang.

There is no seasonal constraint on traveling in and through Nepal. Even in December and January, when winter is at its severest, there are compensating bright sun and brilliant views. As with most of the trekking areas in Nepal, the best time to visit are during spring and autumn. Spring is the time for rhododendrons while the clearest skies are found after the monsoon in October and November. However, Nepal can be visited the whole year-round.

March to May – Spring / Good Season

March-May is the second-best time to visit Nepal. These months are warmer, and there is plenty of sunlight. Long days and great visibility make this period a great time for a trek. The nights might be slightly chilly, so remember to pack warm clothes. The valleys are incredibly beautiful in the spring season, especially after all the ice has thawed, and the flowers have bloomed. By May, some showers also begin slowly, leading up to the upcoming monsoon season in Nepal, starting mid-June.

Highlights: Spring is always a great season to visit Nepal and all treks can be undertaken during this period, even climbs to Mera Peak. Those looking for a more culturally oriented journey will find Bhaktapur to be a great place to visit in April. The traditional Nepali new year festival of Bisket Jatra Navavarsha is celebrated with great pomp and splendor in this quaint Nepali town and it is an experience you won’t observe anywhere else! 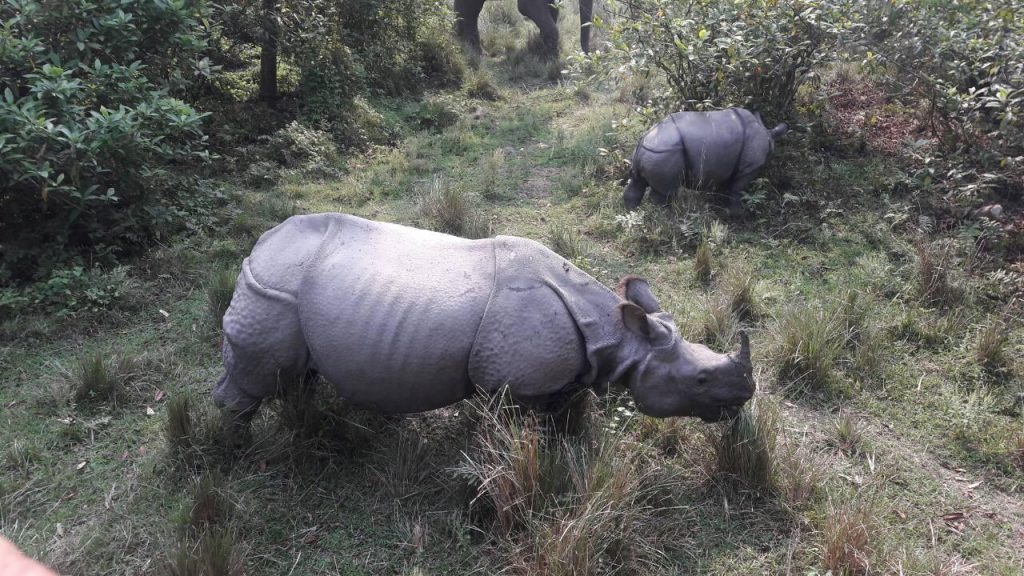 Spring is also the best time to do a jungle safari in Chitwan National Park, giving you the best chances of spotting Rhinos, Elephants, Tigers, Monkeys, etc. Especially tigers are easiest to find during Spring is there are only a few water holes available in the park, which most animals will visit, including the beautiful tigers.

The months of June to August are not ideal for visiting Nepal because of the hot, and dusty in the lower regions. From mid-June, the monsoon season starts with 1-2 hours of rain a day, also clearing away the dust. On the worst days, it rains the entire day. The visibility in the mountains is rather low, however, still with occasionally clear days. Due to the daily rain, there is a risk of landslides in the upper regions, so it is highly recommended that you avoid certain trekking areas. Please see further below.

Highlights: There is some trek that is particularly good during monsoon season as they lie in the rain shadow. Those treks are Annapurna Circuit Trekking, Manaslu Trekking, and Upper Mustang Trekking. The famous Everest Base Camp Trekking can also be done during the monsoon season, but please expect rain during the first few days after which the weather will improve day-by-day. An advantage of having the monsoon season is crowd-free experiences. You’ll also be able to get good rates at normally busy destinations such as Chitwan, Pokhara, and Bandipur. Marsyangai Valley and Tilicho Lake (placed along the Annapurna Circuit) are absolutely beautiful this time of the year and are known for their lush greenery and great views. 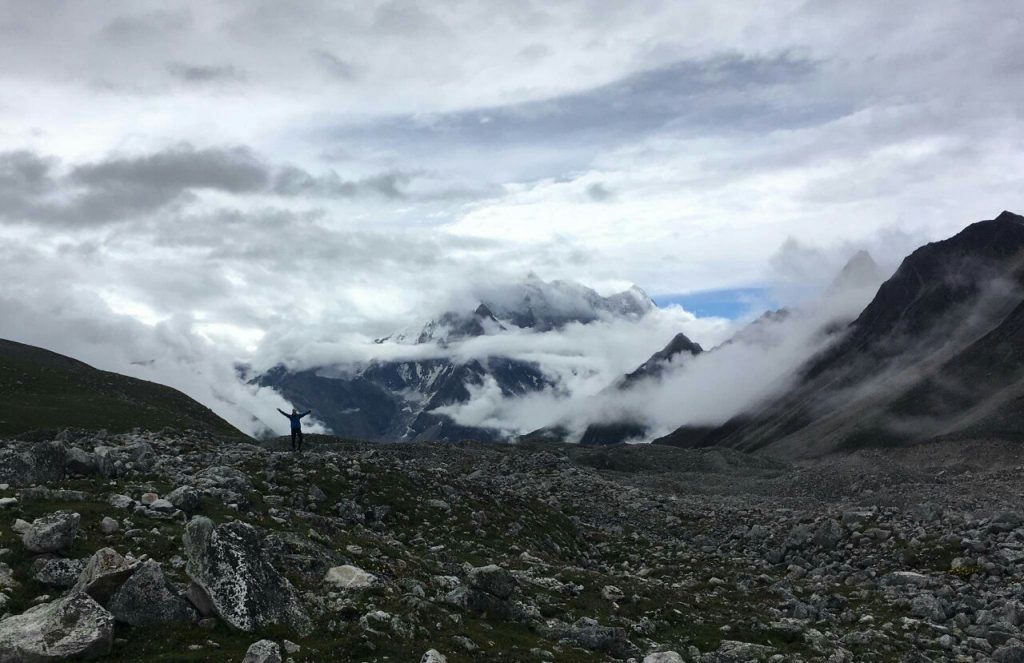 The fall season, the best time to visit Nepal! The weather in Nepal is absolutely stunning during this period – whether you want to explore Nepal’s beautiful culture or go trekking in some of the highest passes in the world. The skies are clear, there is little to no rain, and the visibility is normally perfect.

Highlights: During this season you can do all treks in Nepal and you can expect nothing but picture-perfect views as well as the stunning weather! Visiting destinations such as Nagarkot, Dhulikhel, and Bandipur is also recommended as you’ll be able to see the Himalayas from your comfy hotel room. In October and November, Nepal’s biggest festivals, Dashain and Tihar are celebrated. 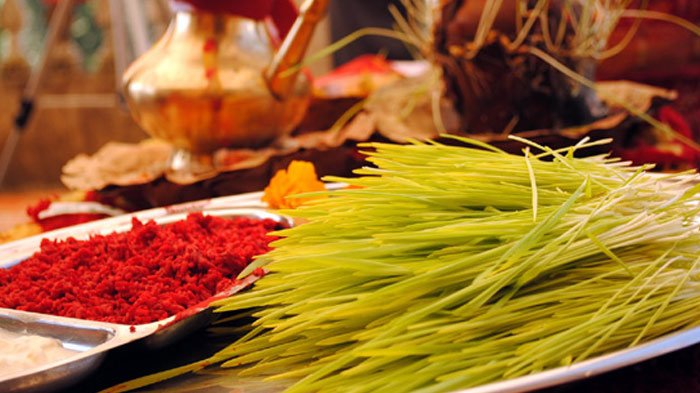 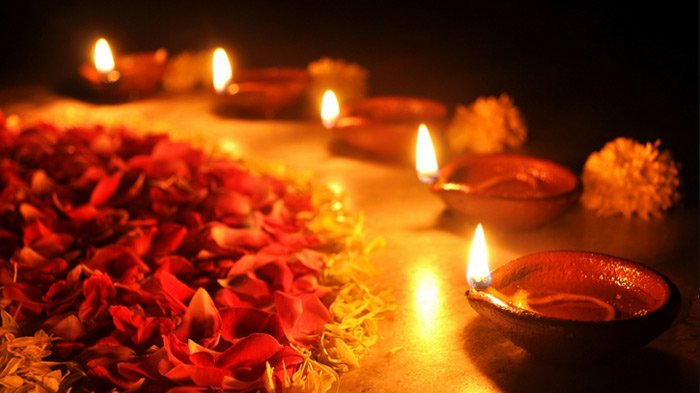 Kathmandu and even the smaller towns get decked up, and everybody is in a celebratory mood and dancing on the melodious tone of festive. So if you got a chance just blend in yourself to enjoy and do not forget they will love to have you. 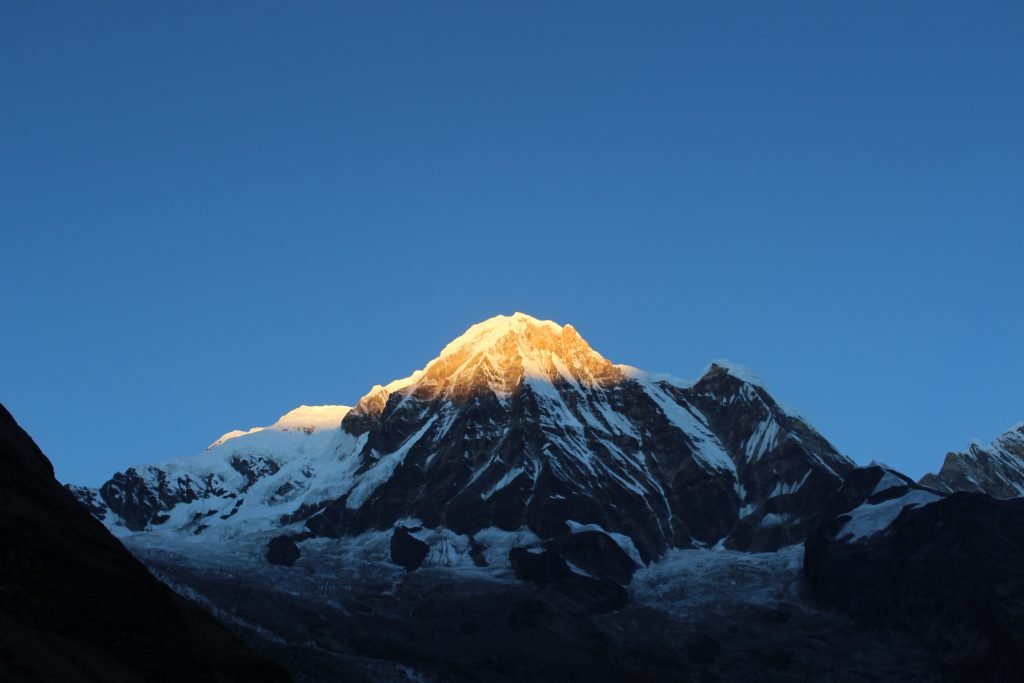 The weather in Nepal during the winter season is cloudy, foggy, and rather cold. Some of the passes on the trekking routes may be closed. Such include Gokyo Cho La Pass Everest Base Camp Trekking and the EBC 3 Passes Trekking may be closed. There may be too much snow on the Larke Pass on the Manaslu trek as well and Annapurna Base Camp could be blocked as well. Recommended treks during the winter season are: Everest Base Camp Trekking, Annapurna Circuit Trekking, Langtang Valley View Trekking, and the Ghorepani Poonhill Trekking. During winter, normally daytime is okay, however, morning time and nighttime see a drastic drop in the temperatures. Thus, if you do go trekking in Nepal during this season, please bring sufficiently warm clothes. It is also not recommended to do any climbing in Nepal during this season as it’s simply too dangerous and too cold.

Highlights: If you are an adventurer who wishes to experience the harsh Himalayan winter, enjoy the above-mentioned hiking trails without any crowds, and save quite a bit of money on accommodation and travel, this is a good period to visit Nepal. Pokhara, a sunny lakeside town, is a unique destination for this period. There are a lot of cultural events during this period, including inter alia Saraswati Puja. The Tibetan New Year’s Celebration is celebrated in Losar in January and is an experience of a lifetime.

Nepal is a land of mysteries and incurs those amazing trekking destinations that are sure to melt your heart. Be sure to check this guide “Climate in Nepal for Trekking seasons” and be updated on the weather.